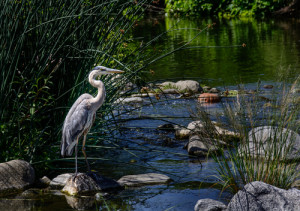 The Hakomi Method is an elegant, comprehensive and highly effective approach to human change and development. It was originated in the mid-1970’s by therapist and author Ron Kurtz as the Ron Kurtz Method of Body-Centered Psychotherapy. Drawing from an enormous range of influences – Buddhism and Taoism, physics, body-centered therapies such as Gestalt, Reichian work, the Feldenkrais Method, Bioenergetics, Focusing, NLP and Ericksonian Hypnosis, and General Systems Theory, it synthesized a pioneering approach to somatic psychotherapy, combining mindfulness, gentleness and experiential explorations of client behavior.
In 1981, recognizing that the work stood on its own, Ron formally changed the name of the work to the Hakomi Method, based on a Hopi Indian word that asks “ how do you stand in relation to these many realms” or, more simply, “who are you?” That same year, Ron and several of his advanced students created the Hakomi Institute, a nonprofit educational corporation whose purpose was to promote the work.

During the 1980’s, Hakomi expanded in two ways. First, the Method itself continued to evolve, with Ron and the Institute trainers contributing many new or refined elements, articulations and applications of the work. Secondly, the work began to spread geographically, with new staff joining the Institute and new training centers being formed throughout North America and Europe.

In 1992, to focus on his own development of the work, Ron separated from the Institute. Since that time, Hakomi has continued to be taught and developed separately by both the Hakomi Institute and it’s many trainers and teachers, and by Ron’s Hakomi Education Network.

Today, the Hakomi Institute and the work continue to thrive. Exciting new developments in neurobiology, attachment theory, traumatology, child development and consciousness studies have all been incorporated into the model. Hakomi remains at the cutting edge of therapeutic theory and technique, while still enjoying its status as an elder in the use of mindfulness and somatics in therapy.

The Institute itself has grown into a dynamic network of Training Centers around the globe. Hakomi Professional Trainings and Workshops are now presented across the US, throughout Europe, Canada, Australia, New Zealand, and Japan. New centers are just arising in Israel and Russia.

We look forward to having you join us on the journey of Hakomi’s development and application.

Please enter the Page ID of the Facebook feed you'd like to display. You can do this in either the Custom Facebook Feed plugin settings or in the shortcode itself. For example, [custom-facebook-feed id=YOUR_PAGE_ID_HERE].